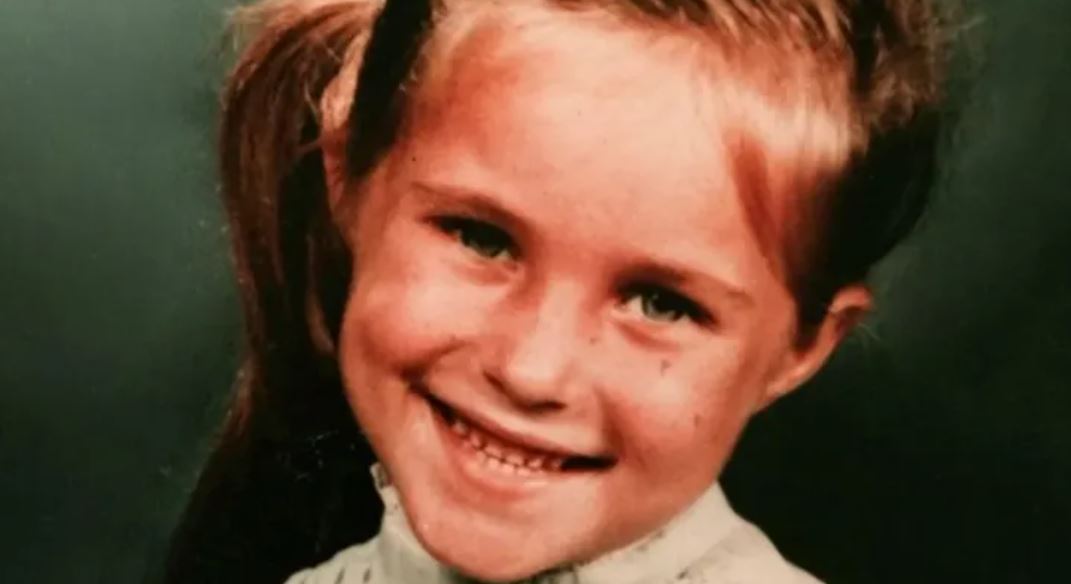 A trip to the grocery store changed a girl’s life forever. The seven-year-old saw something surprising on a milk carton and asked her stepfather to buy it for her—little did they know the consequences.

Bonnie Lohman had a unique childhood and spent many of her formative years moving between places like Saipan, Hawaii, and Colorado. While other children were playing and learning to read, she was with her mom and stepdad inside the house.
As Lohman grew older, her parents granted her more freedom and allowed her to play with their neighbors. She was excited to join her stepdad on a trip to the grocery store and was intrigued when he pointed at a milk carton.

THE PHOTO ON THE MILK CARTON
Lohman’s stepfather highlighted her face on the side of a milk carton. The youngster was confused but asked him if she could keep the carton and cut out the image.
He agreed but told her to keep it a secret. Lohman shared: “I remember cutting it out and staring at the picture.” She stored the photo in her toy box and had no idea what it alluded to because she couldn’t read.
POLICE SWARMED HER HOUSE
One day, when Lohman forgot her toy box at the neighbor’s house, they came across the photo and acted immediately. The family realized she was a missing child.

Lohman remembered police swarming her home and arresting her parents before she was reunited with her biological father. It was a difficult time for the then-seven-year-old who did not understand everything that had happened.
SHE WAS SCARED

The reunion with her biological father was not filled with joy and love. She had no recollection of him because her mom and stepdad kidnaped her at three.
A tearful Lohman stated: “I remember being scared because I didn’t know my dad. It sucked.” Lohman longed for her mother for a long time, but she eventually formed a bond with her dad.

GRATEFUL FOR HER LIFE
Lohman was denied many basic needs like schooling in the years she was missing. Thankfully, she could access many new opportunities with her father by her side.
She added: “I believe I am who I am because I was on a milk carton, and I was found. I was able to live a great life, and I am grateful for it.”

ANOTHER “MILK CARTON CHILD”
Lohman was one of the thousands of kids who appeared on milk cartons. Sadly, most of them were never found, and one such child was Johnny Gosch.

The Iowa resident disappeared in 1982 and became the first face on a milk carton. Initially, authorities were skeptical that he had gone missing, but as similar cases occurred in the area, they started paying more attention.

ANOTHER CHILD KIDNAPPED BY A PARENT
Children go missing more often than expected, and the guilty party is not always a stranger. Much like Lohman, a child was kidnapped by someone close to him—his father, Valentin Hernandez.
Steve Hernandez was taken from his mother in 1995, and the pair would only reunite more than two decades later. Maria Mancia never stopped looking for her son, and she eventually got to hug him again in 2016.
Stories like Lohman and Steve’s encourage family members to keep looking for their loved ones because