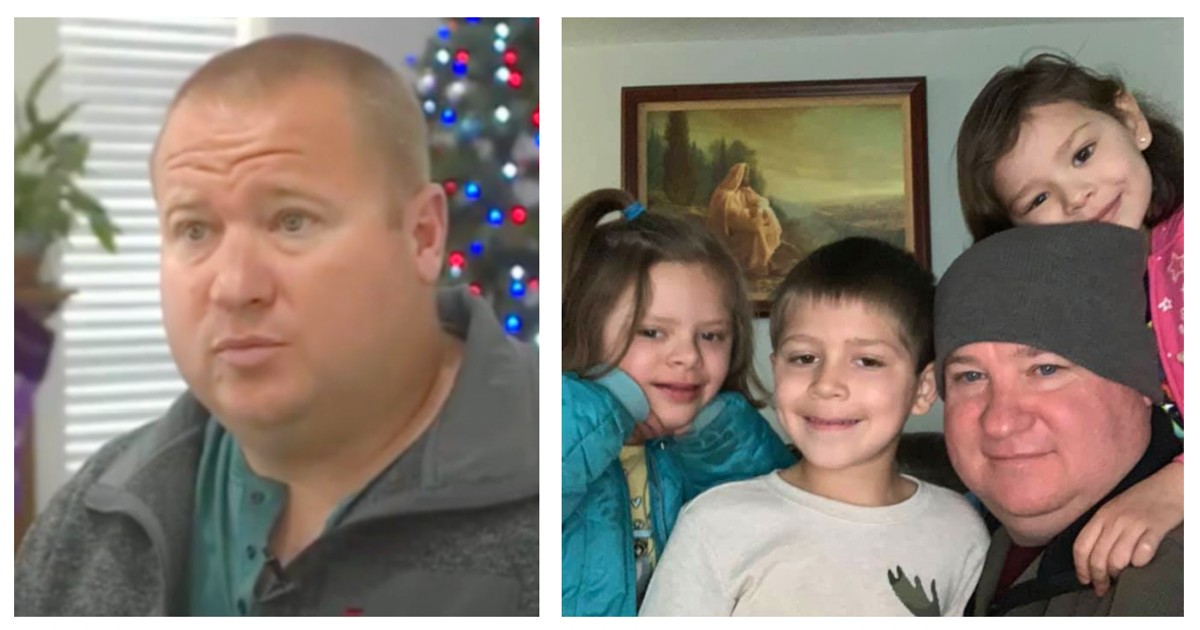 After being bounced around 16 times the kids were running out of options. That’s when they met Darryl Anderson.

The main job and role of any parent is to provide a safe and loving home for a kid to grow and blossom within. So it’s heartbreaking to imagine that there are some children who don’t get to experience this because of their parents, growing up in foster care, or other struggles.

The three siblings spent much of their childhood in the care of the state. But everything changed when a single dad came to their rescue.

It’s the touching story of a single dad stepping in to prove that with a little bit of love, anything is possible.

They haven’t had it easy

All in all, the three siblings have had a rough start in life.

They entered foster care back in 2016, and since then, it’s been a nightmare trying to find a good household to take them in.

In need of a stable environment

Everyone knows that kids need stability, however, for these youngsters, it’s been an endless cycle of constant change.

Andersen explained to reporters from KSL News that it was simply one house after another.

“They’re very close, and understand, you know, they’ve been placed 16 times and in group homes and so all they had was each other,” said Andersen.

Searching for a home

Between all of the foster homes and group homes, the kids changed living situations sixteen different times over the course of the five years that they had been floating through the system.

As a single dad with three kids of his own already, it was hard to stomach the thought.

The idea of Miquel, Willis, and Navaeh spending Thanksgiving, Christmas, and really, their entire lives without a stable living situation was too much for him to bear.

With so many years of experience being a father under his belt already, he knew he could do it.

Then, with the blessing of his own children, he decided to move forward with the process.

“There are kids out there in this world who don’t have a place to call home. When Christmas comes, where do they go?” he asked.

The world would be a better place with more people like Darryl Andersen.

He even has a life philosophy that will really make you think.

“One of my main motivations is, I feel, like the saying says, because I have been given much, I too must give.”

Now, Andersen is once again raising three youngsters up to adulthood, just like he did before with his own offspring.

Despite what happened to them in the past, he hopes to build a positive foundation for them to thrive as they continue to mature.

“I want them to understand that the past is the past, and they get to make their own future, and it all depends on them,” said Andersen.

He makes it clear that the door is wide open for them.

The kids can go anywhere and be anything that they want to be. The world is full of beautiful hopes and dreams, and he wants to make sure that they see all of the amazing possibilities.

Of course, Andersen downplays his part in the process, but his kids see it differently.

“We all love you more than the earth,” the kids said to Andersen. “It’s because you’re a good dad. We love you so much”.

These siblings will have many bright days ahead in their forever home. Hopefully, this story inspires others to consider opening their hearts and homes to children in foster care as well.

Learn more about their heartwarming story in the video below. The kids are forever grateful to their loving dad.